Top Posts
How to add transition effects between stories on Instagram
Best free illustrations for commercial use on websites and apps
But Make It Fashion: 4 Good Photo Editing Apps for Fashion Bloggers
Panoramic Perfection: 3 Apps That Will Give You the Best 3D Picture...
The Best Apps for Tweaking and Fine-Tuning Selfies
5 Apps That Will Help You Create Awesome and Free Cinemagraphs
Top 5 Photography Apps for Digital Nomads
How to Add Music to a Picture or a Video: These 5...
Cool Overlays, Man! The Apps You Need for Adding Text to Your...
Insta Delicious: 4 Best Apps for Taking Food Pictures
Home Design Influential Designs: Path’s Reveal Sidebar Menu

Path 2 had one of the most inventive iPhone UIs (or even Mobile UIs) when it was released in November 2011. Now that a few years have past, we can look back at how this UI influenced the mobile space. The most prominent example is the Reveal Sidebar. It is a replacement for the standard iOS UITabBar and can be seen in many apps, including the Facebook iOS app. This design improved on the pre-existing facebook implementation of the pattern by adding in gestures, which have now been incorporated back into the current Facebook version. 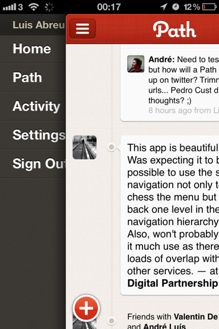 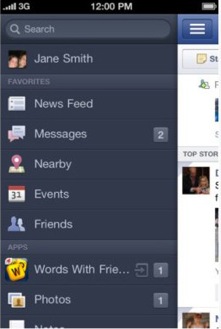 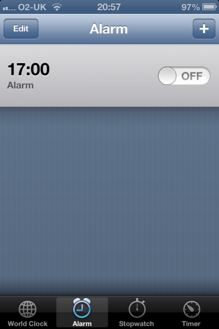 This UI pattern has two benefits over the UITabBar.

Robert Scoble interviewed Dustin Mierau and Dave Morin, the co-founders of Path, back in November 2011. These interviews shed light into their design process and how and why they created the Reveal Sidebar for Path 2.

We found that one of the biggest struggles for the last six months is that we looked at the data from Path 1, and it turns out that people use the default screen. Whatever the home screen is, that’s what they use.

If you want to try out this UI pattern in your own iOS apps, here are several existing projects that might be helpful.

5 Apps That Will Help You Create Awesome and Free Cinemagraphs